One of the largest car manufacturers in India approached Simulanis to create a fully engaging and immersive Virtual Reality based training module to train their workers on the Sealing operation.
The client wanted to launch a VR module which could be self-explanatory (hence no need for an instructor) and train their workers on the sealant operation. Additionally, the client wanted the module to have an assessment mode where the user could get his full detailed report on what all errors/defects he has made while performing the action in VR.

Performing a Sealing operation on a car is one of the most difficult and complex operations in an automotive manufacturing plant. Different nozzles are used for applying the sealant at different parts of the chassis. Close coordination between the mind and hand movement is required for the successful application of Sealant. Thus, a very high level of skill is required to perform this operation.

To enable more workers to acquire the skill and competency in successfully performing the sealing operation on a car, a new training method was needed to be implemented at the Sealing workshop which unlike the conventional method needed to be more Interactive, Engaging, Effective and Less Time-Consuming. This new method was required to increase the skill level of the trainees and to significantly reduce/eliminate the human errors occurring in the process. The client also wanted a higher ROI in the long run against the investment.

A fully immersive, power pack Virtual Reality (VR) training module of the whole sealing operation simulated as per the Standard Operating Procedures (SOP) of the plant was developed by Simulanis. It not only provided an unparalleled level of understanding of the Sealing Operation but also honed and refined the skills of the user.

It allowed the operators to practice the sealing operation in a more challenging and complex environment. This, in turn, helped them in perfecting their hand movement which was not possible earlier. It also prevented them from applying any excess sealant and thus, reducing the number of errors during the operation.

Apart from the in-game analytics, intuitive instructional design, visually appealing UI/UX, and the ‘learn by doing approach’ were the main highlights of the simulated learning module. 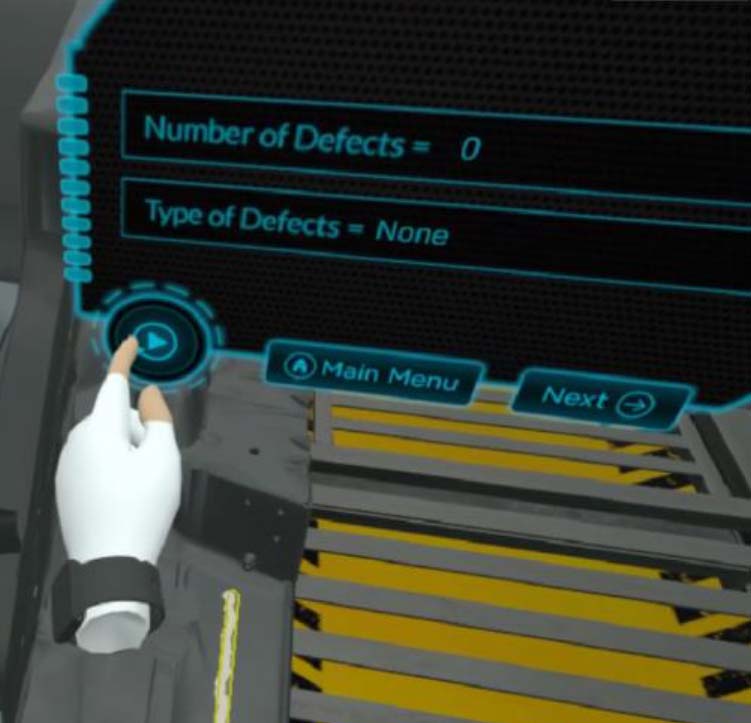 Simulating industry operations in Virtual Reality proved to be a much more efficient and effective training experience. It helped in the followings:

“It is the best technology we have invested in which has shown the results from the very first day.”